I wrote this referring to Oklahoma politics, but as a friend noted, it’s relevant across the U.S., especially in regions where the majority stance is anti-abortion. Please take a few minutes to consider this if you live in Oklahoma or any politically similar part of the country…and maybe if you don’t.

I know this is an important topic to everyone, but please hear me out. This has weighed heavily on my heart as every election approached, this one included.  Please know I am not here to debate abortion as this is a truly terrible venue for something so emotionally charged, so I will delete any and all comments related to a pro- or anti- anything stance here. With that in mind, please don’t combine an anti- or pro- statement with another comment in the same post, as I will feel compelled to delete it. It’s not personal; that’s just not the purpose of the post, and I believe entering such a debate here would be counterproductive for us all and certainly not helpful to my goal.

I have been trying to find a way to articulate this each time someone in a comments thread says, “I’d like to vote for x candidate, but I just don’t feel like I can.” For anyone outside our region for whom that doesn’t mean much, it’s almost always in reference to abortion.

Here’s what I am begging everyone to consider. In Oklahoma, it is shockingly easy for a person to be elected if they say they are anti-abortion, as that aligns with the majority of the state. But we have elected some truly…ineffective, let’s say…leaders in large part based on that stance — or claimed stance — on this issue. Oklahoma has experienced over 37% cuts to state higher education funding over the last 10 years (Center on Budget and Policy Priorities, 2018). Public school class sizes are still ballooning with classroom funds only increasing by $50 million of the $200 ask by education advocates during the 2018 walkout. If that sounds like a lot, it’s important to note that those $200 million would merely have restored education funding to 2008 levels when adjusted for inflation. And class sizes, not to mention limited resources for learning, fewer support personnel, etc., have a huge effect on student learning, as well as teacher stress and burnout. If anyone believed the raise alone would slow the exodus of teachers from our state (or from the profession for those who stay in OK), the evidence is clear. The 2018-2019 academic year already has a record number of emergency certifications – 2,716 to be exact, so far, a figure expected to rise as the year continues (Oklahoma State School Board Association, 2018).

So how does this have anything to do with abortion? It’s the primary issue on which so many candidates campaign. It’s also, for single-issue voters in our state, by far the most common issue named. However, abortion is not an issue that exists in a vacuum.

Importantly, abortion’s legality is based on federal law via a US Supreme Court case, so those who claim they can have a substantive effect at the state level are simply not telling the whole truth. Oklahoma already has highly restrictive abortion law; any further tightening can hardly happen under federal law. Further, those who attempt to stoke fears that abortion access could increase fail to remind constituents of the important detail that the state’s Congress would first have to pass such legislation.

Since the Oklahoma legislature has a massive majority, Republican and Democrat, who oppose abortion, legislation that increases access to abortion is a scenario that will simply not happen here in the foreseeable future. 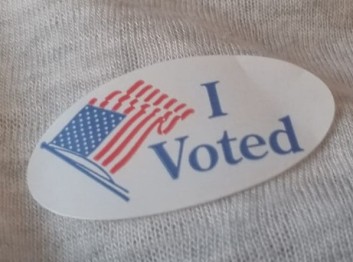 With each vote, we are making decisions that affect health care, education, civil rights, criminal justice, the foster care system, care for our elderly, the economy/jobs, and more whether we acknowledge it or not.

That said, I know many well-intended people feel they are doing the right thing by approaching their voting this way. If this applies to you, I am begging you to consider the complexities involved in both human decision making and the very (yes, frustratingly) messy tangle that is politics. Please, please approach your vote holistically, researching all issues and considering all the potential effects for every important issue for the people of our state.

We are too smart to be looking for what Jed Bartlet, fictional President of The West Wing, called “the 10 word answer.” Some things – well, just about all things political – are more complicated that a slogan can offer.

I have supported – and continue to support — candidates in my state on both sides of the aisle, and it’s worth noting that both parties have their “trigger the base” issues. If we as voters were to behave less predictably regarding those issues, we could force both parties to focus less on divisive issues in their campaigns and get down to detailing how they’ll actually govern. For me, looking at issues as inter-connected can hopefully ease the partisanship that has come to so painfully divide us.

If you’ve read this far and you feel I am claiming that abortion is not an important voting issue, we’ve had a misunderstanding. I am simply hoping and, yes, praying, that my fellow Oklahomans will be able to acknowledge that it is an issue affected by many others. One of the few things I know for certain is that this election is too important for me to be silent about this anymore. If you’ve read this far, thanks for listening.

One thought on “ Dispelling the Myth of the Single-Issue Vote”